All cannabis concentrates can be classified as hash. The extraction industry has come a long way from sifting outdoor weed by hand and pressing hash balls (although if done right by following centuries old traditions, this is still some of the best hash). Today we are using multiple solvents as well as solventless methods.

Here at Zero Gravity Cannabis we really try and offer our consumers everything in the way of hash options. It can be daunting trying to keep up with what the cannabis concentrate market invents. Traditionally, most of the new extraction methods and subsequent products were developed on the west coast. By the time the tec hit us on the east, they were already onto the next best hash product. Today, that isn’t the case. Yes, we still get ideas and hash products from the other coast, but we on the east are now researching and developing our own products and techniques. Especially here in New England as most states are legal both for recreational and medical. The New England elite attitude is alive and well again with cannabis!

For folks new to the concentrates world, a cannabis concentrate condenses the cannabinoids in marijuana, like THC and CBD. This is achieved through a variety of extraction processes and solvents, the most common being butane, propane & ethanol (sounds scary I know, but these are pharmaceutical grade, purged and tested for PPM levels, parts per million) in a safe closed-loop system. The end product is a highly potent oil of varying consistencies most popularly used for vaporization and dabbing.

We say this a lot, Maine is known for craftsmanship and quality in whatever we do. Hash making is no exception. Maine has a LONG history in growing cannabis, this state has supplied the entire Northeast with weed for decades. Just as in the pacific northwest, it can be argued that pockets of towns survived due to summer cannabis cultivation. Here we are in 2019, and hash has become almost as popular as our traditionally grown flower.  Lets look at some of the most popular hash products here in Maine. 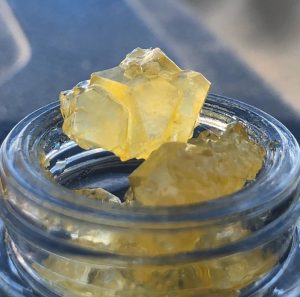 DIAMONDS: Sometimes referred to as the world’s strongest hash, cannabis diamonds continue to be the most popular form of hash that we have seen. Diamonds can be made from dry material, but you get your best results by running fresh frozen. The diamonds themselves are 99 percent pure THC-A and range from small grains to marble sized crystals. The crystals themselves (pure thca) usually sit in a ratio of around 30-40% terp sauce. The terp sauce is what is separated out from the original extraction process. All of the flavor lives in the terp sauce, and they need to be separated in order to purge the solvents correctly. 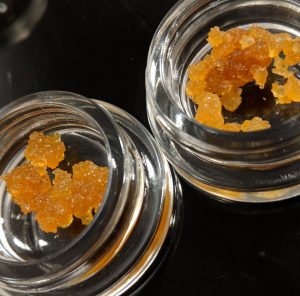 LUMINOSA: Luminosa is a vibrant form of hash, also called “caviar” (a term coined by East Coast Gold in Bangor, ME. A great extraction company).  Luminosa was coined by Royal River Botanicals out of Pownal & Saco Maine. These are the folks that we work with in our Saco, Maine facility. Luminosa is a form of hash extracted by using a mix of solvents with a post processing filter process which removes “impurities”, giving it a vibrant clear color. It can certainly be said that removing these “impurities” (fats, lipids, chlorophyll, proteins etc…) will negatively effect the experience, but it can also be said that we are further concentrating terpenes, cannabinoids and flavor.  To each is own, all we know is folks LOVE the Luminosa. 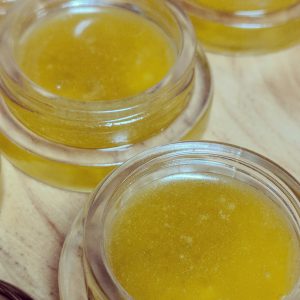 LIVE RESIN: Nothing new here, live resin has been around all over the US for years, being first “invented” in Colorado. In 2013 a grower and hash-maker named William “Kind Bill” Fenger made hash history. Using frozen whole plants of Tres Star from Top Dawg Seeds, grown by Tierra Rojo and his team at Gaia Plant-Based Medicine (now known as MiNDFUL). The group ran several more strains over the next 24 hours, including East Coast Panama Chunk, Chem D and DJ Short’s Flo. It was during this extraction marathon that Bill first coined the term “live resin.” Most of us are familiar with live resin, its the processing of material fresh off the plant and immediately frozen, fresh frozen. It’s all about fresh and cold. Live resin texture changes depend greatly on the storage methods used, the time elapsed and, most importantly, the plants and strains used in the extraction. Some plants produce a very stable shatter-like resin that stays perfectly clear and breaks when tapped, while others produce a liquidy oil so rich with terpenes that it’s impossible to turn into anything else.

SHATTER: Another OG in the hash world, shatter (slabs, BHO, pull & snap) has been around for a while. The consistency and color of shatter, like all oils, depends on the plants compounds and the talent of the extractor. Our shatter comes out perfectly translucent because the molecules which, if left undisturbed, form a glass-like appearance. Heat, moisture, and high terpene contents can also affect the texture, turning oils into a runnier substance that resembles sap (hence the commonly used nickname “sap”). Oils with a consistency that falls somewhere between glassy shatter and viscous sap is often referred to as “pull-and-snap.” Processing shatter usually produces higher yields, thus the price point on shatter can be lower than other hash products. But again, fire in = fire out.

SOLVENTLESS HASH ROSIN: This would be our closest equivalent to the old traditions of hash making. Rosin is a desirable technique because its concentration doesn’t require the use of external solvents. Rosin can be made from multiple starting material, including freshly harvested and/or cured cannabis flowers, kief, water hash, and trim. The color, consistency, and flavor profiles will all vary considerably depending on the starting material. Our process is simple. We get our trichome covered trim or bud very cold, then agitate it over a very fine screen in order to produce a very fine “kief”. This kief is then put under heat and pressure by using a rosin press (think of an inverted vise). The result is more of a butter consistency, similar to what you would consider original old school hash.

Check out our extracts section for more information: