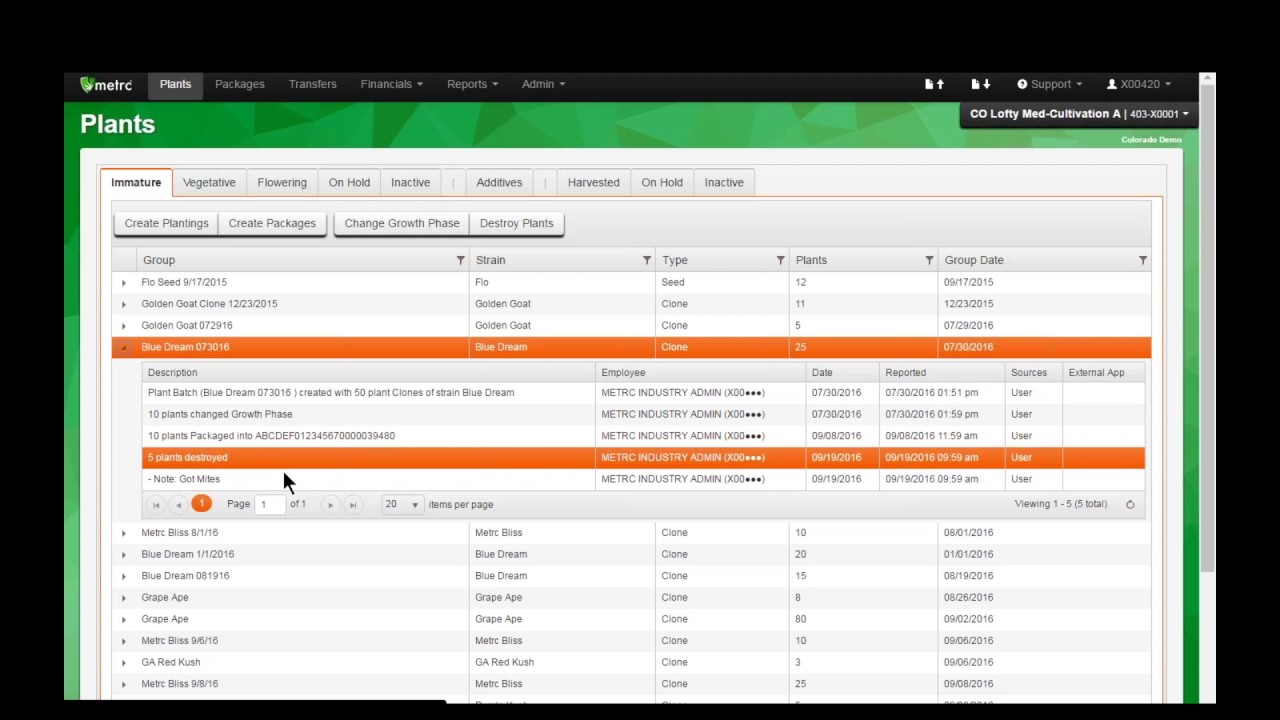 The Maine marijuana program had settled on a contract with BioTrack for cultivators and retailers to track seed to sale. It seems as though BioTrack couldn’t live up to their end of the bargain. OMP has signed a letter of intent with Metrc

“Our team is ready to get started and support the successful launch of retail sales this spring,” said Metrc Chief Executive Officer Jeff Wells. “We look forward to partnering with the OMP and licensed community to meet this landmark goal in 2020.”

Maine cannabis cultivators and retailers have invested time and money into the BioTrackTHC track and trace (seed to sale) programs. A seed-to-sale tracking system is a supply chain management tool that uses tags to track the growth and distribution of marijuana and marijuana products. Quite a few paid for the software and seminars on how to use BioTrack. I would say that they are furious, but at this point we in Maine are use to setbacks like this. It’s almost comical at this point. Maine’s office of marijuana policy and BioTrackTHC agreed to a mutual termination of their existing contract to provide track and trace services for Maine’s medical and adult use marijuana programs, citing BioTrackTHC’s inability to deliver on the contract. “BioTrack appreciates the opportunity to have worked in partnership with the Maine Office of Marijuana Policy,” said BioTrackTHC Chief Operating Officer Moe Afaneh. “We will continue to support the Maine industry as a whole through our other products. BioTrack remains committed to serving the cannabis community.”

OMP is trying to instill confidence in Maine’s cannabis industry that the program will not suffer any loss of time due to this setback, which is hard to believe, but not impossible. “Although unfortunate, the move to terminate the contract was necessary to ensure that the State of Maine can proceed in a timely manner with the rollout of its adult use marijuana program,” said OMP Director Erik Gundersen. “BioTrackTHC worked with OMP to try to meet the contractual, statutory, and regulatory needs of our office. Despite their best efforts, it became clear they could not meet the short- and long-term requirements of our office, at which point we decided that it was best to mutually terminate the contract. We look forward to finalizing a contract with Metrc and continuing our efforts to implement the state’s voter-approved marijuana program.”

Mainers voted to legalize the recreational use, retail sale and taxation of marijuana in November 2016. At the time, Maine joined eight other states that had legalized recreational use. Maine cannabis cultivators, wholesalers and marijuana retailers are extremely frustrated with the process, to say the least. Maine’s adult-use marijuana industry is expected to be much larger than the current medical marijuana program, which consists of eight dispensaries, dozens of medical marijuana caregiver storefronts and over 2,500 caregivers.